Aileen Reid is Ireland's most successful triathlete with a long and impressive list of race results to her name.

She represented Ireland at the Olympic Games in London (2012) and Rio (2016) and featured on the podiums of no fewer than 14 ITU races.

Reid was ranked among the top ten female athletes in the world for three consecutive years and won a silver medal at the ITU World Triathlon Grand Final 2013 in London. 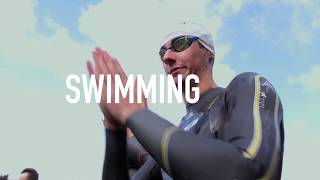